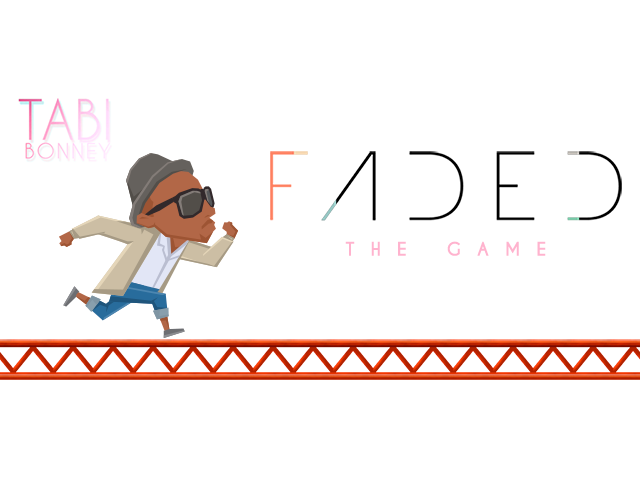 Bonney’s single “FADED” has arrived through a free-to-play mobile game targeting music fans and gamers. FADED is a custom-built mobile game created to coincide with the launch of the new song release of the same name, and features 1980s arcade-style gameplay inspired by the new single.

While other notable artists have used their likeness in mobile games, none have used the platform as a way to coincide with a new song to their fans and gaming community, or offered such an experience for fans. Working with Tabi, we wanted to build a game around his vision and capture the feelings behind his lyrics. The result is a really fun, cool new experience that enhances his music and reaches out to new audiences.

Having collaborated with Wiz Khalifa, Wale, Raheem Devaughn and others, Tabi Bonney is a Togo-born, Washington, D.C.-based recording artist. Bonney garnered local acclaim for his singles “Doin’ It” and “The Pocket,” and has amassed an impressive fan base and social network through more than a decade long career as a recording artist and performer.

“FADED” is Bonney’s single from the EP entitled Le Bon Voyage released in June as the audio accompaniment to his recent collaborative photo exhibition of the same name, highlighting the local people in southern Ethiopia’s Omo Valley.

Of his involvement in the mobile game development, Tabi says “My childhood was filled with playing video games on Atari and Nintendo. During that time, I always thought most of the music in the games was super dope. So teaming up with Chunky Apps to create something only seemed right. I wanted to capture some of that magic we felt as kids by merging music with fun.”

Read more about FADED – Tabi Bonney here or go download it and play for yourself!

FADED – Tabi Bonney is free and available both in the Apple App Store and on Google Play, so please give my game a download and let me know what you think!

Get game updates, tutorials delivered only when we have something we think you'd be interested in. We promise no spam.